Astamangala is the only gallery in The Netherlands specialising in the ancient art from Tibet, Nepal and India. The gallery was founded in 1979, first in a small converted garage in the Kerkstraat, later in a larger gallery, also in the Kerkstraat, in the famous Spiegelkwartier, world-renowned centre for art and antiques. Since 2013 the gallery is housed in a wonderful 17th century canalhouse on the Keizersgracht, one of the canals proclaimed by UNESCO as World Heritage.

The main focus is on art from the Tibetan Buddhist world, with a collection of thangkas and paintings, sculptures in wood, bronze and copper repoussé, ritual objects, wooden bookcovers, furniture, rugs and textiles from Tibet, Nepal, Bhutan and Mongolia.

Besides art from the Tibetan Buddhist world I also offer art from Nepal and India, especially bronzes, miniature-paintings on paper and textiles. A special place is for the ancient art of Gandhara, the crossroad between Mediterranian and Buddhist cultures.

The owner of the gallery is Drs. Sjoerd de Vries, traveller in Asian – and especially Himalayan – regions since 1970. I am art-historian and tibetologist (Universities of Amsterdam and Leyden). I have sold, in my long history, objects to major museums in the world, like the Metropolitan Museum of Art and the Rubin Museum of Art (New York); the Los Angeles County Museum of Art (Los Angeles), the Rietberg Museum (Zürich), the British Museum and the Victoria and Albert Museum (London), the Ashmolean Museum (Oxford), Linden Museum (Stuttgart), the Tropical Museum (Amsterdam), the Wereldmuseum (Rotterdam), Musée Guimet and Quai Branly (Paris), The Tibet Museum (Gruyères) etc.; and of course to many more private collectors all over the world!

Astamangala participates at the internationally important Asian Art Fair in Brussels (Cultures, since 2022 called Civilisations), in early June. In late October we are at the Tribal Art Fair in the beautiful church De Duif, in Amsterdam.

For the first time after Corona, we will be in Brussels again, for the Civilisations-fair (the successor of the Cultures-fair) from the 15th of June till the 20th of June. See: www.civilisations.brussels

for a virtual tour of the gallery, see: A Virtual Tour at Google Maps

The last week of October 2022 will, again, be for the Tribal Art Fair, in the beautiful church De Duif, in the center of Amsterdam. 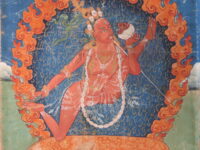 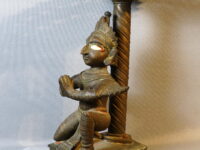 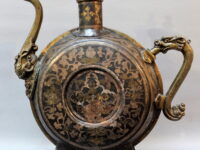